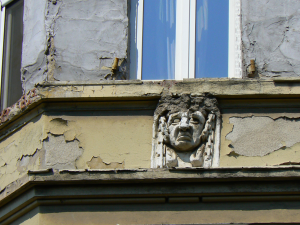 In 2008, the Mayor of Sofia intended to pass a construction plan that would have destroyed the historical town city in favor of skyscrapers business centers. The pass was planned totally without the opinion and participation of the citizens and inhabitants.
We founded Forum Sofia, a platform for committed citizens that initiated protests. We involved the European Union and we published articles and interviews in influential media Bulgaria and Austria. In consequence, the plan was given up, at least for now.

As a result of this activity, the Architecture Center Sofia Az S emerged. Together with other architects, cultural actors and citizens, we perform projects aiming at inclusion and sustainable development in Bulgaria and bridging European cultures. www.azs.bg

The contents of this internet site, published for your information,
have been compiled with the utmost care. Nevertheless errors
cannot be totally excluded. Accordingly, the information provided
is quoted at your own risk. We are not responsible for the content
of internet sites to which we provide direct or indirect links.
The site uses cookies according to EU cookie law.